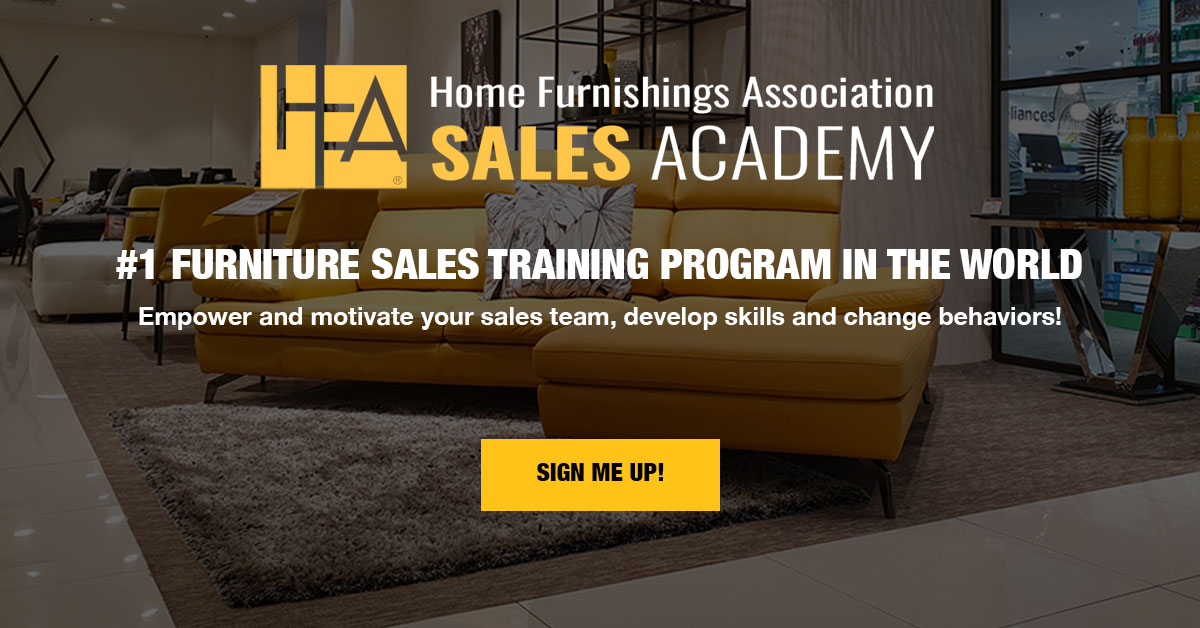 HFA Sales Academy offers a plan for success for every sales associate in the furniture industry. Our formula is designed to get your furniture into more homes! Home Furnishings Association Sales Academy offers the most extensive furniture sales training curriculum on the web today. You simply can’t afford NOT to have it! Our digital courses are easily accessible 24/7 via our online sales learning platform and have been specifically designed for the FURNITURE INDUSTRY.

Gain access to tips and strategies to better connecting with your customer and selling more furniture!

Equip your team 24/7 with unlimited access to courses available ON-DEMAND.

HFA Sales Academy is a fully immersive sales experience designed to give you the skills, strategies, and techniques you need to accelerate your performance. 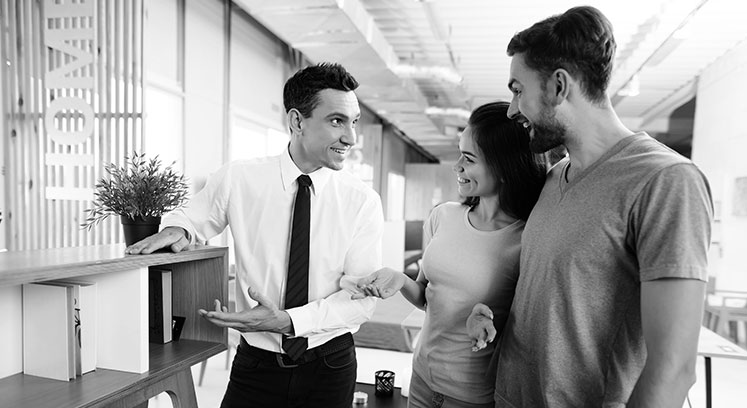 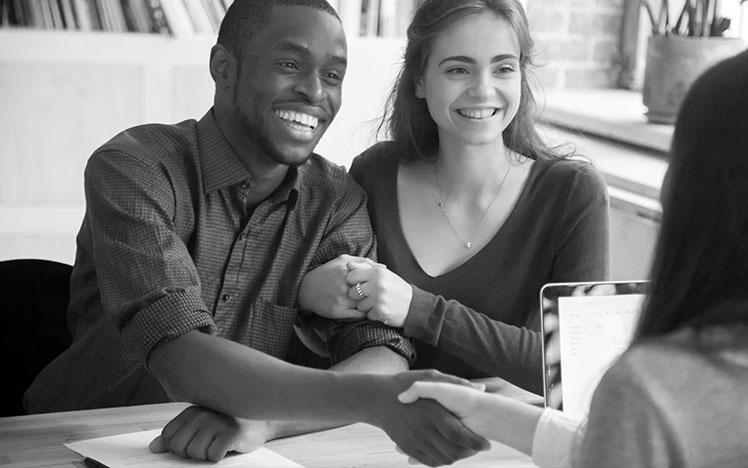 With roots dating to 1920, the Home Furnishings Association is the nation’s only trade association devoted exclusively to the needs and interests of home furnishings retailers. Our business has one priority: the success of more than 1,400+ retail members and their 7,000 storefronts. The world is changing, and the HFA is here to help you stay ahead. HFA creates opportunities for retailers to connect with each other at markets, conferences and special events, learn how to satisfy and delight customers, and find better ways to run profitable businesses that contribute to their communities and provide good jobs.

With your company’s HFA membership, all employees are members. You and your team have access to tools and resources to help you and your business thrive. Most importantly, you become a part of a community of peers who want to share in the industry’s success just like the founding members did 100 years ago.

Not a Member Yet? 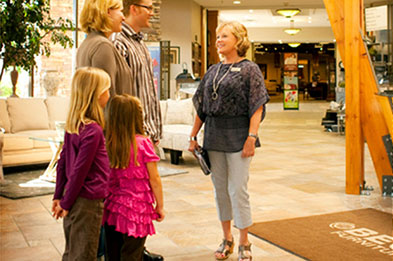 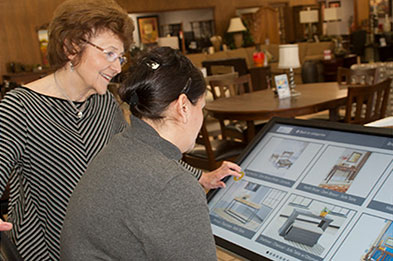 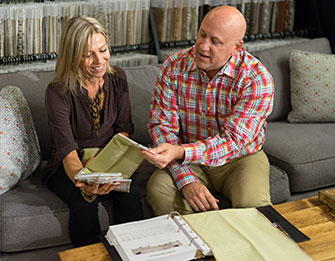 Matt has known the furniture industry his entire life. He practically grew up in the warehouse of the store his parents owned for decades. He began his career young and has never looked back, working his way from sales associate to regional manager to franchise owner, and everything in between. He owns and operates 16 top-producing stores in the Southeast.

Matt’s franchising became so successful that he began hosting “The Franchise Builder Podcast” to inspire and teach others, regardless of their current position in the industry. He was a featured speaker at the Facebook Small Business Summit and was recently named a “Top 40 Under 40” furniture executive by Home Furnishings Business magazine.

He is married to a veteran of the US Navy who has dedicated almost 15 years of service to her country. They have 2 lovely children. Matt loves to fly his personal plane and even uses it to help with hurricane relief missions when needed.

The day Rob turned 18 he began his career in furniture sales, taking his cue from his mother who worked in the industry. He became a showroom manager just 1 year later for highly-respected Raymour and Flanagan. This hard work and opportunity lit a fire underneath Rob that lasts to this day, starting a passion in him to transform the lives of others. He has since held multiple roles for Ashley and Badcock in the area of sales, collections, management and business development.

Rob currently owns over a dozen retail stores and belongs to a group owning 27 locations that gross over $50 million annually. The stores can be found in large cities like Tampa, and even small towns like Walterboro, South Carolina.

He married his high school sweetheart Amy, and they have 2 amazing children.